Warning: A non-numeric value encountered in /home/onedayin/public_html/wp-content/themes/Divi/functions.php on line 5841

The sun was shining from a blue sky, when I picked up three smiley Indian ladies from the Hotel Hilton Airport for a private tour of Helsinki. They had been traveling in a few different European cities and were on their way back home. Originally they were not going to visit Helsinki at all, but then curiosity grew and they contacted me for help. 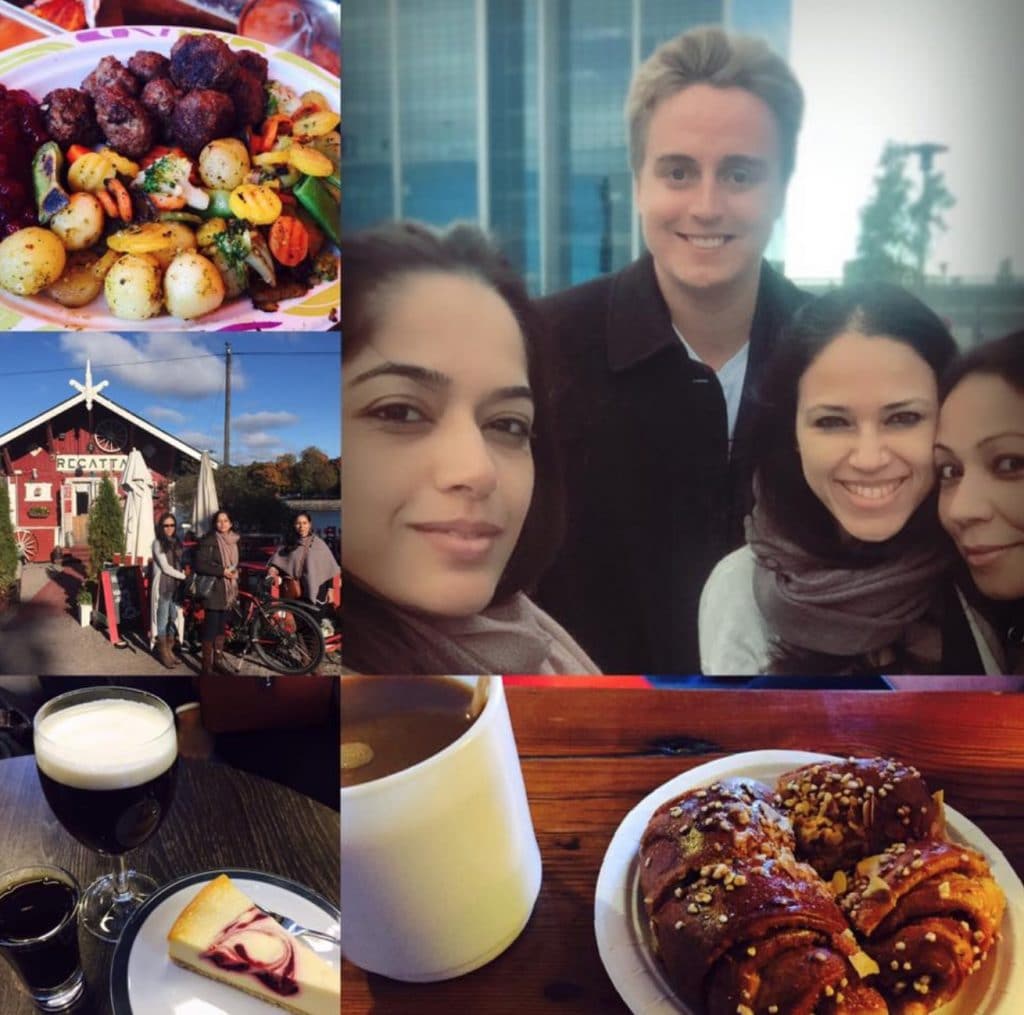 When time is of the essence, we are here to help

Stopover visitors usually stay in Helsinki only for a few hours or one night. This was the case now as well. We had a lovely time visiting some of the most famous attractions, having coffee and Finnish pastries at Café Regatta. We also drove to check out the old Nokia HQ which is now the Finnish Microsoft head office.

The positive bubbly energy and adventurous spirit of my guests was especially evident when they decided that they want to taste the Finnish schnapps, Koskenkorva. I don’t know if they will try it again, but we did have a really fun and memorable moment in the indoor food market by the harbor.

You were amazing guests, visit again any time and I’ll be at the airport to pick you up! 🙂

Written by Niki Keinonen, Chief Experience Officer and Private Guide at One Day in Helsinki

Creating great Helsinki experiences for visitors is not just about One Day in Helsinki, it involves a large network of hotels, restaurants, event organizers, the city and local entrepreneurs. That’s why I’m always excited when something new opens its doors in Helsinki. When the hotel F6 opened about 6 months ago, I was immediately very curious about it. The boutique concept and central location sounded like a great offering for Helsinki visitors. 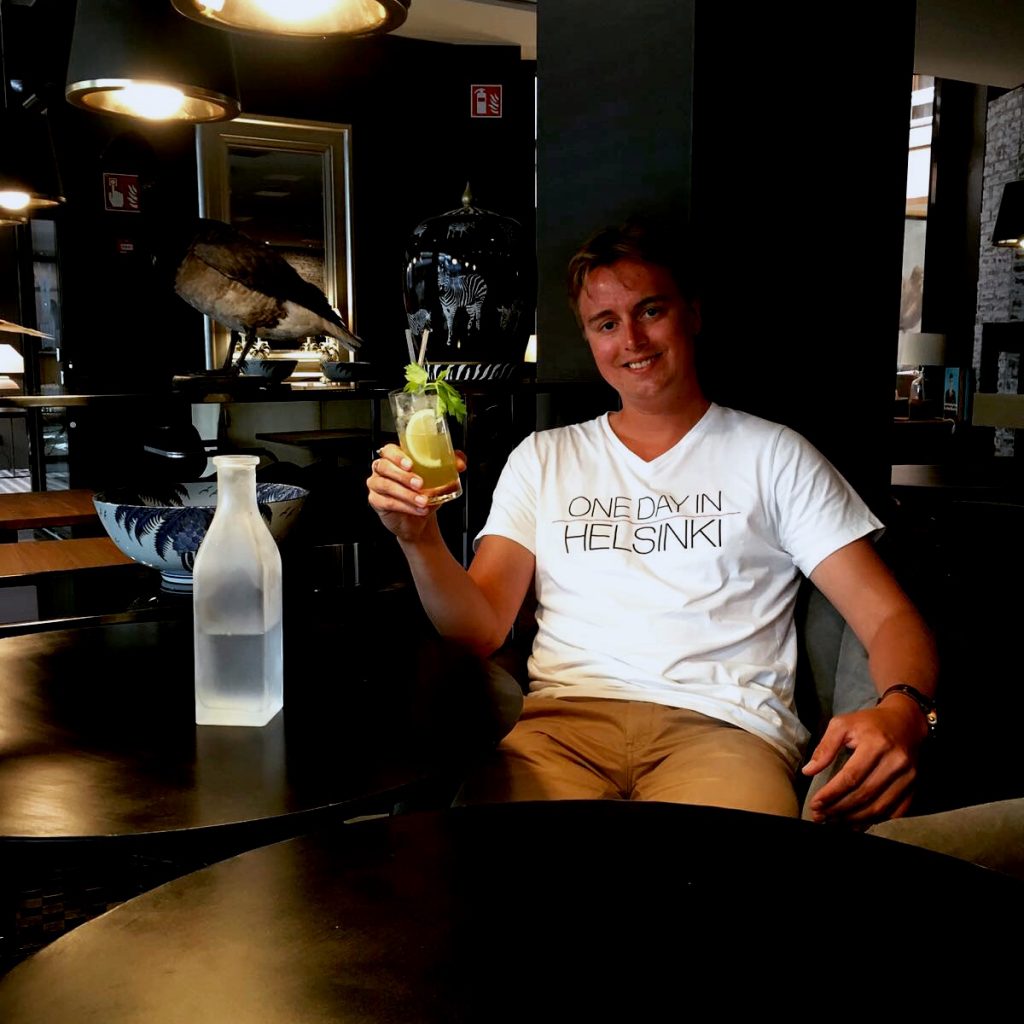 Bar Runar in Hotel F6 makes outstanding cocktails. It is also quite popular place among locals as well.

Too impatient to wait for the opening, I arranged a meeting to check the hotel out already a few weeks before the doors opened. Initially I was impressed by the welcoming atmosphere and great energy.

After the hotel opened I was welcomed back and Hotel Manager Elli gave me the grand tour. It was just as I had hoped; clean, fresh, modern, but not sterile. The feeling was actually very cozy and quaint. The style was not traditionally Scandinavian as there were some darker shades used, but the wooden floors added that Finnish flavor. All the rooms were really nice and I’d be happy to stay in them myself.

After checking out the rooms I decided to check out the Hotel F6 bar. There I was also greeted with warmth and the bar tender Atte showed me his impressive drink mixing skills and hand crafted ice cubes.

I’ve had a few guests stay there and their feedback has been very positive. I feel good about recommending F6 as a nice home-away-from-home type of hotel to anyone who wants to stay in Helsinki center.

Written by Niki, Chief Experience Officer at One Day in Helsinki

The  other night I was hectically searching for a classy place to go with some friends to start our evening with a glass of champagne. I know all the best places, but I really wanted to try something new; so where could we go in Helsinki? Finally I looked over the skyline towards the sea and the answer hit me. Hotel Clarion. The building is so big that you can’t miss it. 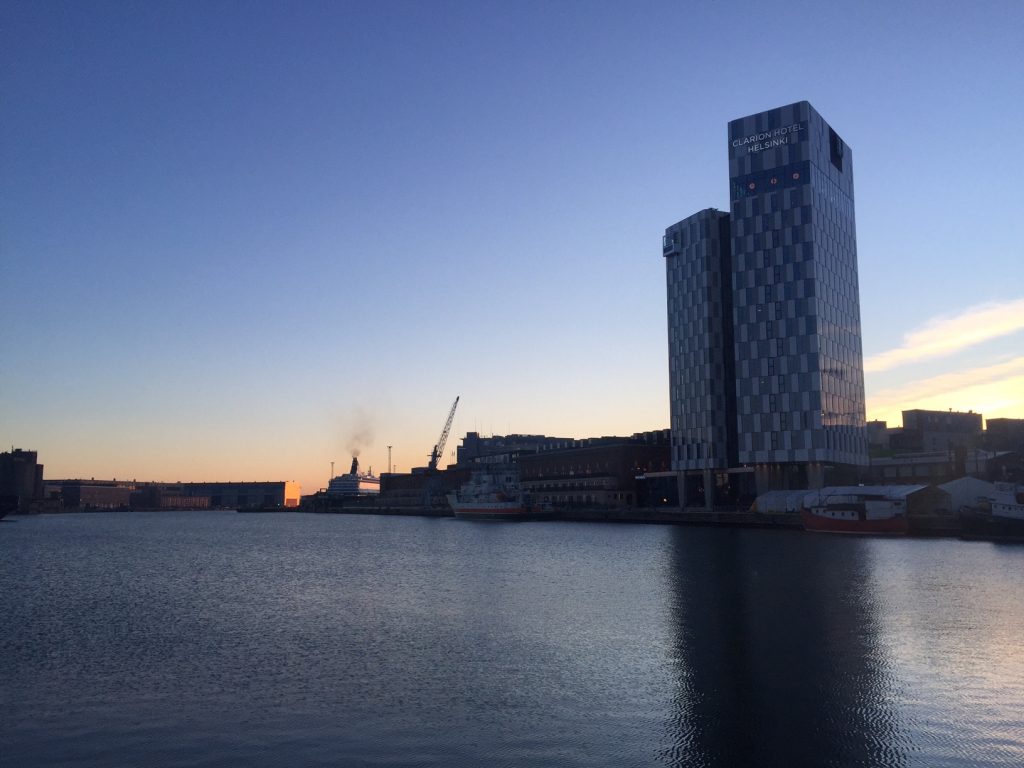 This modern hotel has two 16-storey towers and 425 rooms.

I had heard that the view from the top is great and I was also curious to experience the service. After this insight, I asked my friends what they thought and since none of them had visited it before, they were all enthusiastic to come along. Who wouldn’t be excited to have Champange in the Helsinki sky? 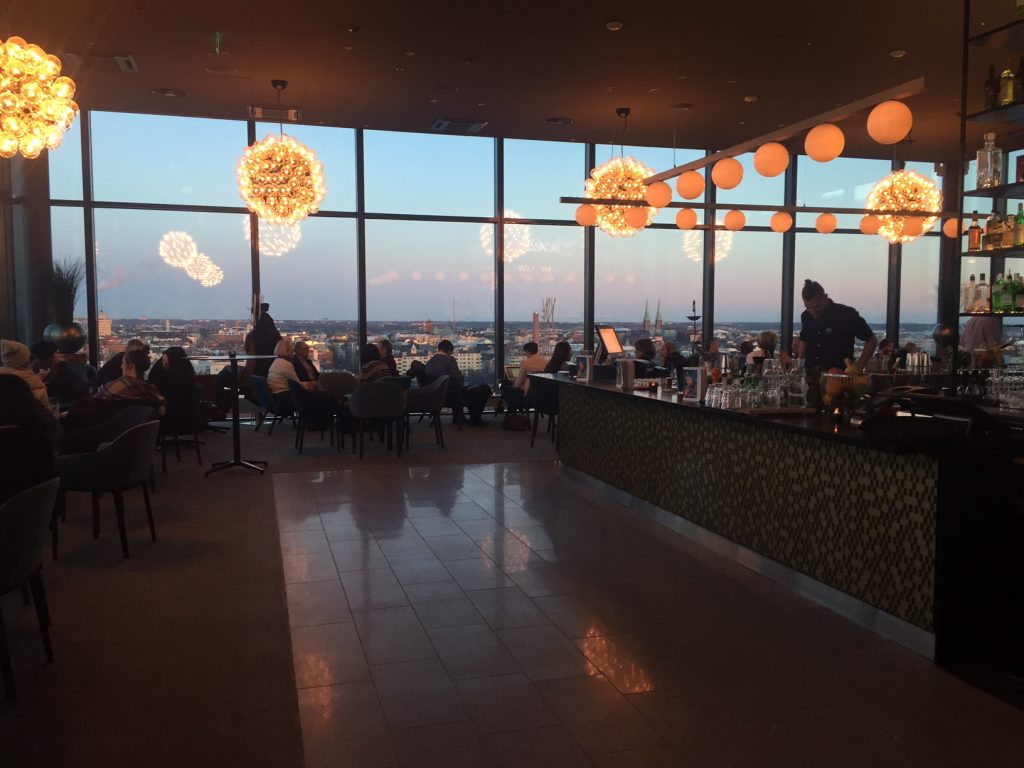 At the Sky bar you will have spectacular views and even better drinks.

We were warmly welcomed by the reception and took the glass elevator to the top. Entering the sky bar we had to stop and take in the breathtaking view. We walked around and were able to see over almost the whole Helsinki area and its beautiful western sea boarder. Luckily we also got a table by the window and enjoyed the panorama view while sipping our champagne. What a gorgeous way to start an evening! 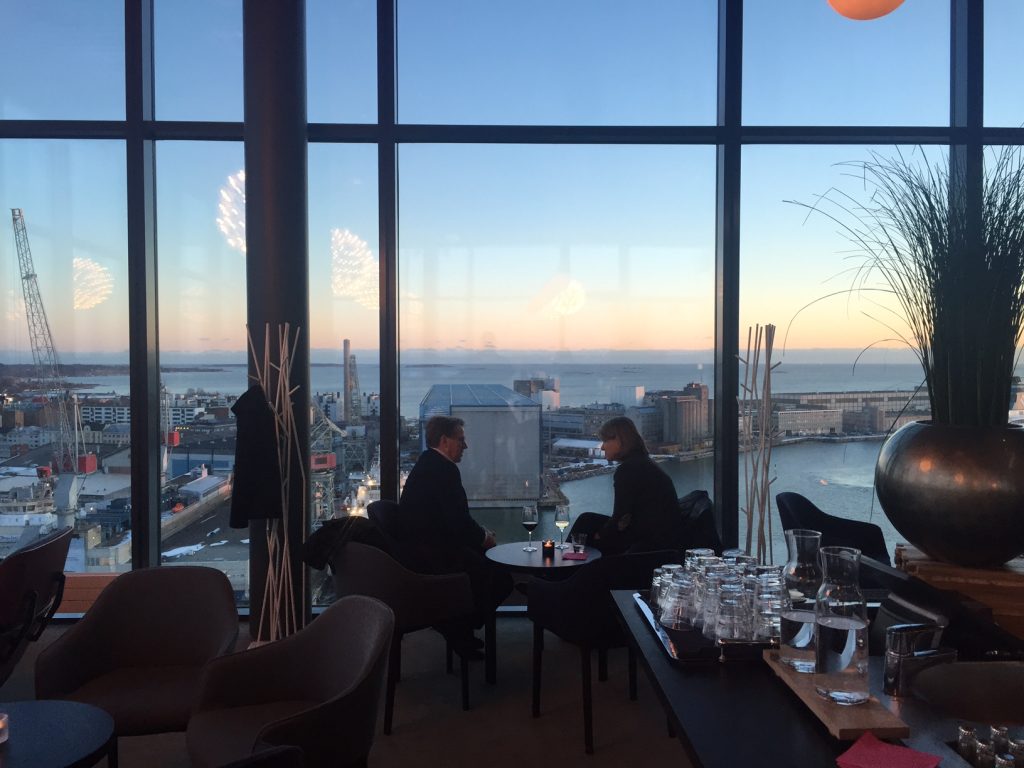 Written by Mimma, Partner and Mother at One Day in Helsinki